Music to Our Eyes Livestream Series with Grace Potter, June 30

The Foundation Fighting Blindness, the world’s leading organization committed to finding treatments and cures for blinding retinal diseases, is proud to present the third installment in their livestream music series, Music to Our Eyes. This time around, the series features Grammy-nominated rocker Grace Potter and will premiere on Wednesday, June 30, at 7 p.m. ET.

The exclusive conversation and concert is presented in partnership with Two Blind Brothers — founded by Bradford and Bryan Manning, who created the apparel company to create ultra-soft clothing, build community, and donate 100 percent of profits toward research curing blindness. 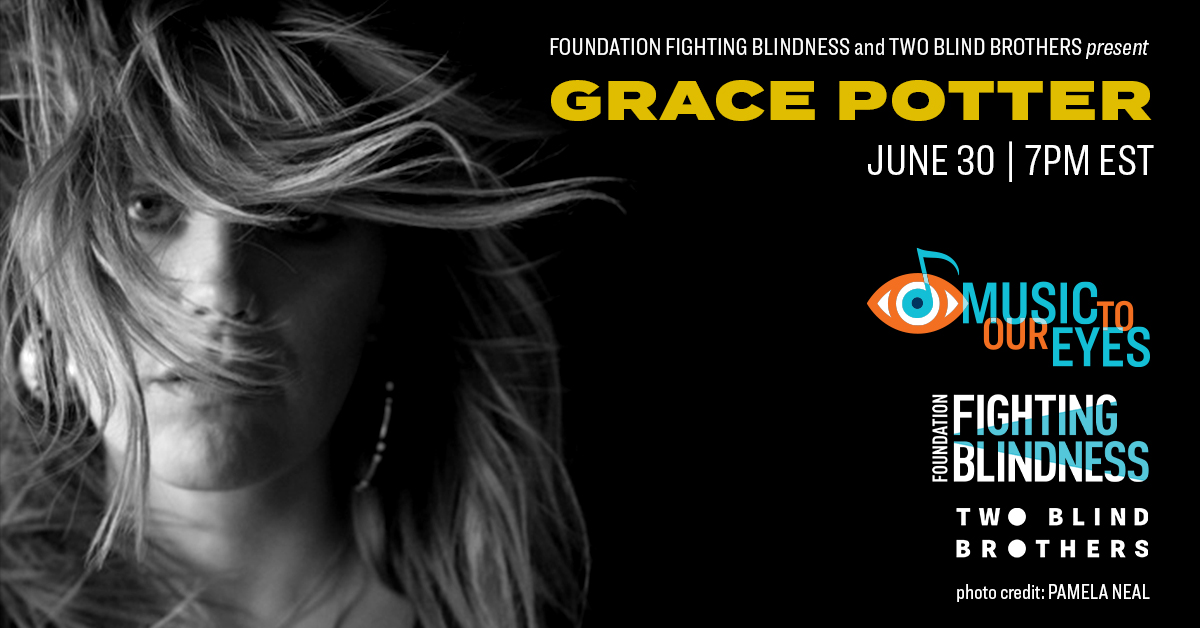 Grace Potter is a two-time, Grammy-nominated artist that burst onto the scene in the early 2000s both as a solo artist and with her band The Nocturnals. A bluesy, roots rock specialist with a powerful voice, Grace is a multi-instrumentalist and acclaimed songwriter and performer. She has released four solo albums, including 2019’s Daylight, which was nominated for both Best Rock Album and Best Rock Performance at the 63rd Annual Grammy Awards.

Grace’s Music to Our Eyes performance will feature some of her top hits and covers, including Empty Heart, Every Heartbeat, Stars, and Amazing Grace. In between sets, Jason Menzo, chief operating officer at the Foundation Fighting Blindness, will interview Grace about her personal experiences with vision loss and how she embraced her creativity during the pandemic. Event registration is free, but attendees will have the opportunity to contribute on Facebook, as all net proceeds will go towards the Foundation’s mission.