UPDATE: We are sad to learn that Eric Gales and wife LaDonna have tested positive for COVID-19. They have cancelled the remainder of their 2020 Tour including our Wasena Park event scheduled for Saturday, October 17th. We are sending our best wishes for a speedy recovery to them both. Gales’ team is working hard to reschedule all of his events for 2021 and we are preparing a special event for April to bring him back bigger and better than ever. Please join us in sending positive and healing vibes their way.

Has a lack of live music experiences taken its toll on your soul?
There is only one man who can fill that void and that man is Eric Gales. 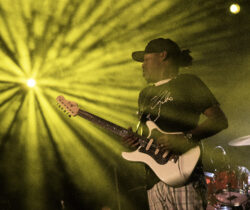 Called “absolutely incredible” by Carlos Santa, Eric Gales has been releasing albums since 1991, when he was only 16-years-old. His blues and rock chops were formed with the help of his older brothers, who exposed him to the likes of Cream, Hendrix, Muddy Waters, and John Lee Hooker. Often associated with Hendrix because of his distinctive left-handed playing on an inverted right-handed guitar, Gales is worthy of praise for his solo jams and funky style. Gales’ latest album, “The Bookends,” was released in February 2019.

We expect a sold-out show, so don’t miss out. 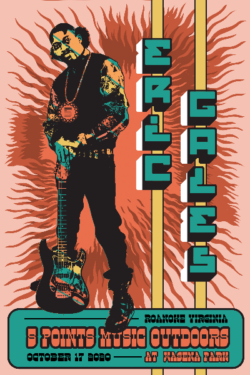 * Posters are available for pick up the night of the show. Posters that are not picked up on show night will be mailed out the following week.